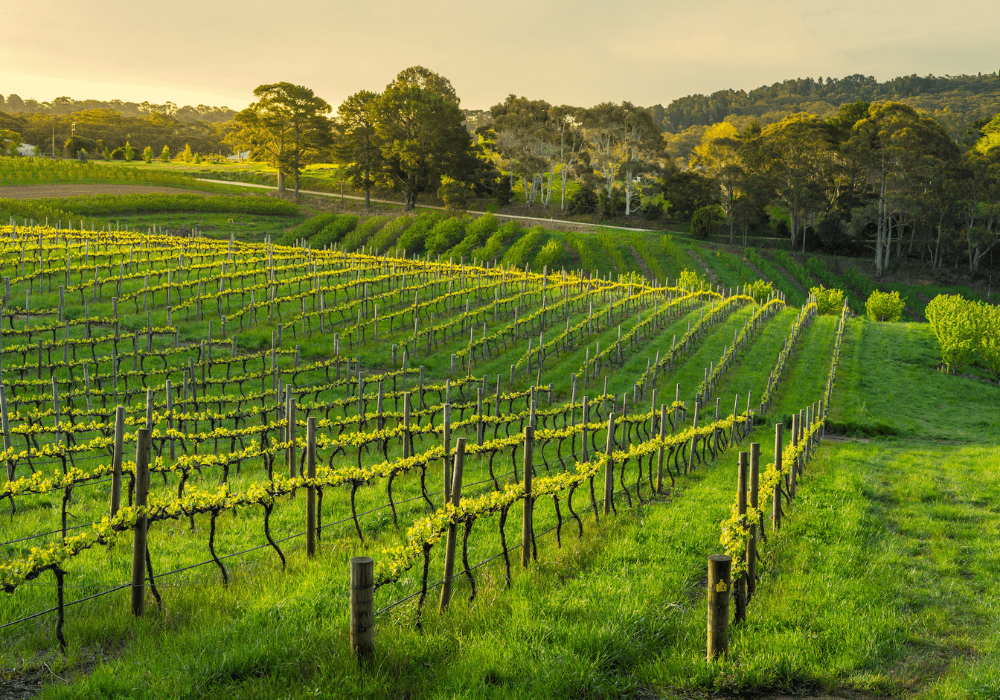 Vineyards in the Adelaide Hills

About the Hills & Mallee

The Adelaide Hills are part of the Mount Lofty Ranges, and home to some of South Australia’s best food, wine and scenic landscapes. With the city conveniently located just a short drive down the South Eastern Freeway, residents in the Hills can enjoy the best of both worlds – the quiet, country community life, and the buzz and electricity of the city.

The region has a rich cultural history and is comprised of a number of picturesque towns of varying size, many of which date back to the early days of European settlement. From smaller villages to the larger city of Mount Barker, which is one of the fastest growing towns in Australia, the region is well-serviced by public transport, shops and public amenities.

The Adelaide Hills are not only known as one of Australia’s best cool climate wine regions, but also as one of the more famous wine regions in the world. With over 60 wineries, there is a cellar door around every corner! The region is also renowned for its locally grown food and produce, with exquisite high-end cellar door restaurants, as well as local produce makers such as Woodside Cheese Wrights, and Melba’s Chocolate Factory.

There is no shortage of things to do in the Adelaide Hills – from nature walks in the Mount Lofty Botanic Gardens, to wildlife encounters at wildlife parks, or visiting the studio of Australia’s most renowned landscape artist, Sir Hans Heysen, there is something for everyone to enjoy. The region also hosts a number of popular events, including the Crush Food and Wine Festival, Santos Tour Down Under cycling race, and the Lobethal Christmas Lights, which is the biggest Christmas lights display in the Southern Hemisphere.

The Mallee area of the Murray River, Lakes and Coorong region is a grain-growing and sheep-farming region adjacent to the Adelaide Hills. With its gentle rolling hills and expansive plains, the region is filled with unique wildlife and vegetation. The Coorong is a wetland of international importance supporting many significant and endangered flora and fauna, and is even a refuge for migratory birds that travel annually from as far away as Siberia and Alaska. Murray Bridge is the largest town in the region, and has a large shopping centre, accommodation, restaurants and sporting facilities.

Fun Fact: The Adelaide Hills has the world’s largest rocking horse in Gumeracha, which you can climb with your kids!