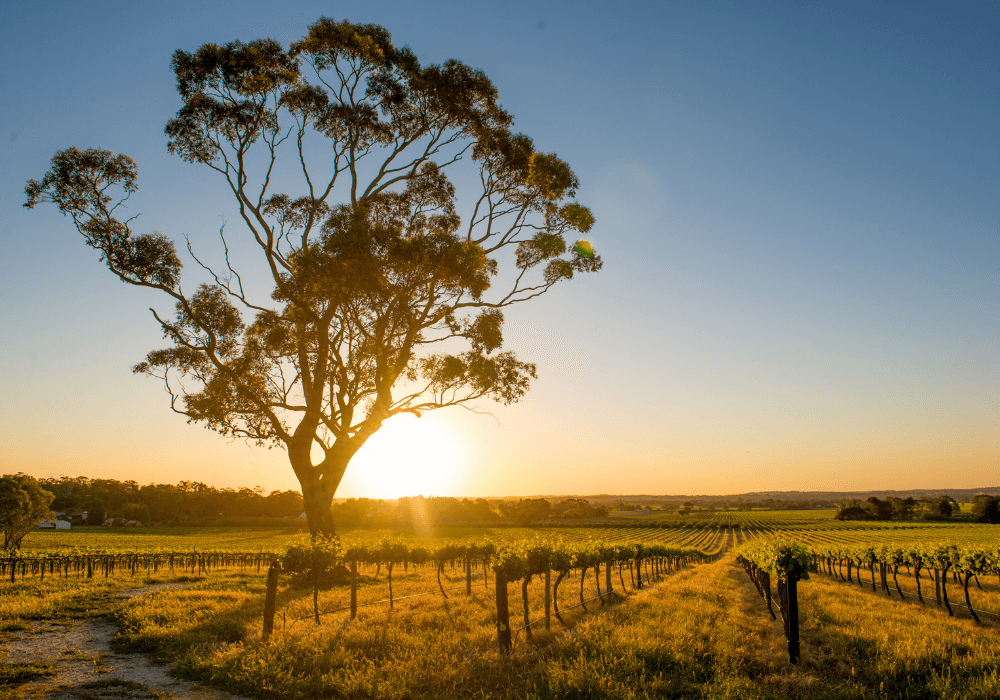 Sunset over vineyards in the Barossa Valley

Located just a 50-minute drive north-east of Adelaide, the Barossa Valley is a major wine-producing and tourism region in South Australia.

There are three major towns in the Barossa – Tanunda, Angaston and Nuriootpa. Nuriootpa is the largest and considered to be the commercial hub of the region, where larger stores are located. The town of Gawler is also a busy regional hub with many shops and amenities, and is only a short drive away.

As an internationally-acclaimed wine region, there are over 80 cellar doors in the Barossa Valley featuring some of the most awarded wines in the world. The Barossa Valley also has significant food production, including artisan cheesemakers, and bakeries producing traditional German breads and pastries.

Apart from its spectacular food and wine trails, the region has a vibrant arts community and events calendar. Some of the more famous festivals include the Barossa Gourmet Weekend (a three-day food, wine and art celebration), and the Barossa Vintage Festival (Australia’s oldest and longest-running wine festival).

Fun Fact: The Barossa Valley has some of the oldest vines still producing wine in the world.